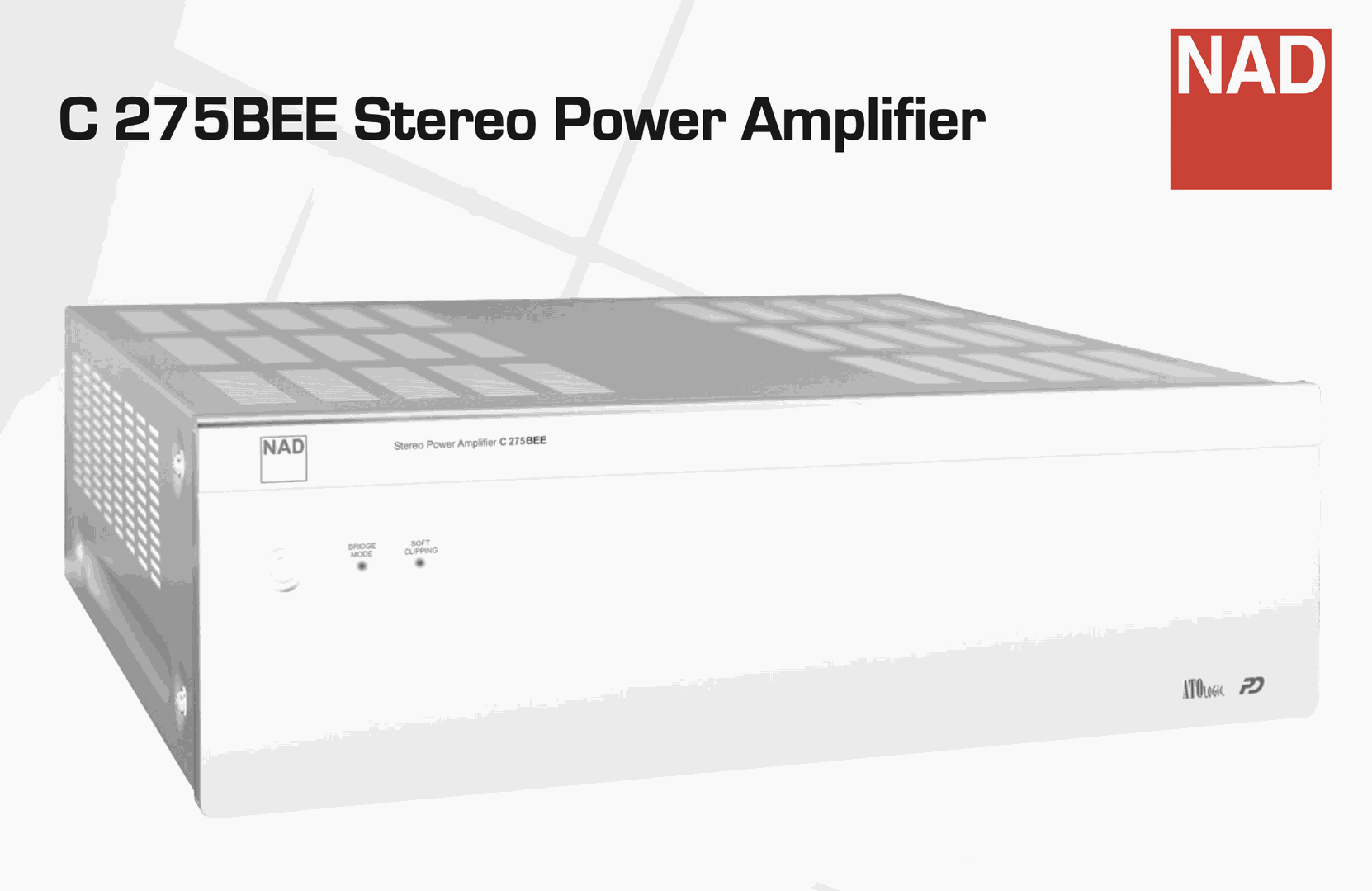 While 150W is very powerful for home use, there can never be too much power if you like your music loud and clear. An option to add more power in the future is to ‘bridge’ the C 275BEE and add a matching C 275BEE for one of the most powerful home audio systems you’ll ever encounter. Power goes from 150W x 2 to over 400W x 2! This also has the additional benefit of being ‘dual mono’, meaning each channel and each speaker is totally isolated from the effect of the other.

The C 275BEE is equipped with NAD’s ATOLogic circuit which includes both a 12V-trigger system and signal-sensing turn ON option. This extra level of flexibility makes it easy to integrate the C 275BEE into automated control systems or simply enjoy the extra convenience of auto turn ON. Consumption is a very low <1W when in Standby mode.

The C 275BEE also benefits from NAD’s proprietary PowerDrive circuit topology, now well established and used throughout the NAD product range. The PowerDrive topology allows the C 2 75BEE to deliver maximum performance under virtually any circumstance, independent of the loudspeakers it is driving. The circuitry automatically senses the impedance characteristics of the loudspeaker and will then adjust its power supply settings to best cope with that specific load. PowerDriveTM topology is a practical approach to enable an amplifier to easily deal with musical dynamics and difficult speaker loads. Thus we have the highly desirable characteristics of high

Getting high dynamic power from the power supply to your loudspeaker requires a fast wideband amplifier stage rugged enough to pass and control high peak currents without premature protection intervening. The safe operating limit for the C 275BEE has 4 times the capacity of the typical amplifier in this price range by using 4 pairs of 220W output transistors per channel.

The C 275BEE has the lowest levels of distortion and noise available in its price class and is easily capable of embarrassing far more expensive products. To prove it NAD uses Full Disclosure Power, the most demanding criteria for performance measurement. FDP specifies distortion under the most extreme conditions of low impedance loads and frequency extremes rather than the simple and easy 1kHz @ 8 Ohms test quoted by many of our competitors. We use this stricter performance criterion because it more closely matches the demands of real music and real loudspeakers. Maintaining specified distortion at 4 Ohms and at 20Hz and 20kHz is several orders of magnitude more difficult to achieve than the simple 8 Ohms and 1kHz test.

NAD also takes a stand against the meaningless “brochure power” touted by many of our competitors by offering Full Disclosure power specs. We specify minimum continuous power, across the entire audible range of frequencies, at rated distortion, for both

8 and 4 Ohms with all channels driven simultaneously. Perhaps even more importantly, we also specify Dynamic Power at 8, 4, and even 2 Ohms, which better describes the way the amplifier will perform in the real world, with musical signals and reactive loudspeaker loads.

Noise and distortion mask the fine details of a musical recording robbing musical texture and dimension and replacing them with non-musical artifacts. NAD has spent the last 35 years perfecting our designs to have the lowest distortion and highest power in its price class. This cannot be overstated! Our competitors often rate distortion at only 80% of rated power, and even then can’t match our very conservative spec of 0.009% at any frequency within the range of human hearing. Our noise spec is often 10dB (100 times!) less than that of competing amplifiers. This is far from a trivial difference as fine detail and nuance (micro dynamics) are often obscured by noise in lesser amplifiers, robbing a performance of that illusive sense of ‘realism’. It is that exciting feeling of being there at the live performance.

But even the most carefully reported specs cannot fully describe the sonic performance of an amplifier. Only your own ears can finally judge our achievement. We urge you to listen and compare NAD to other products in its price range, and even higher. We don’t think you’ll find anything that comes close to offering the C 275BEE’s overall musical satisfaction, well-rounded performance, and stellar value for money. 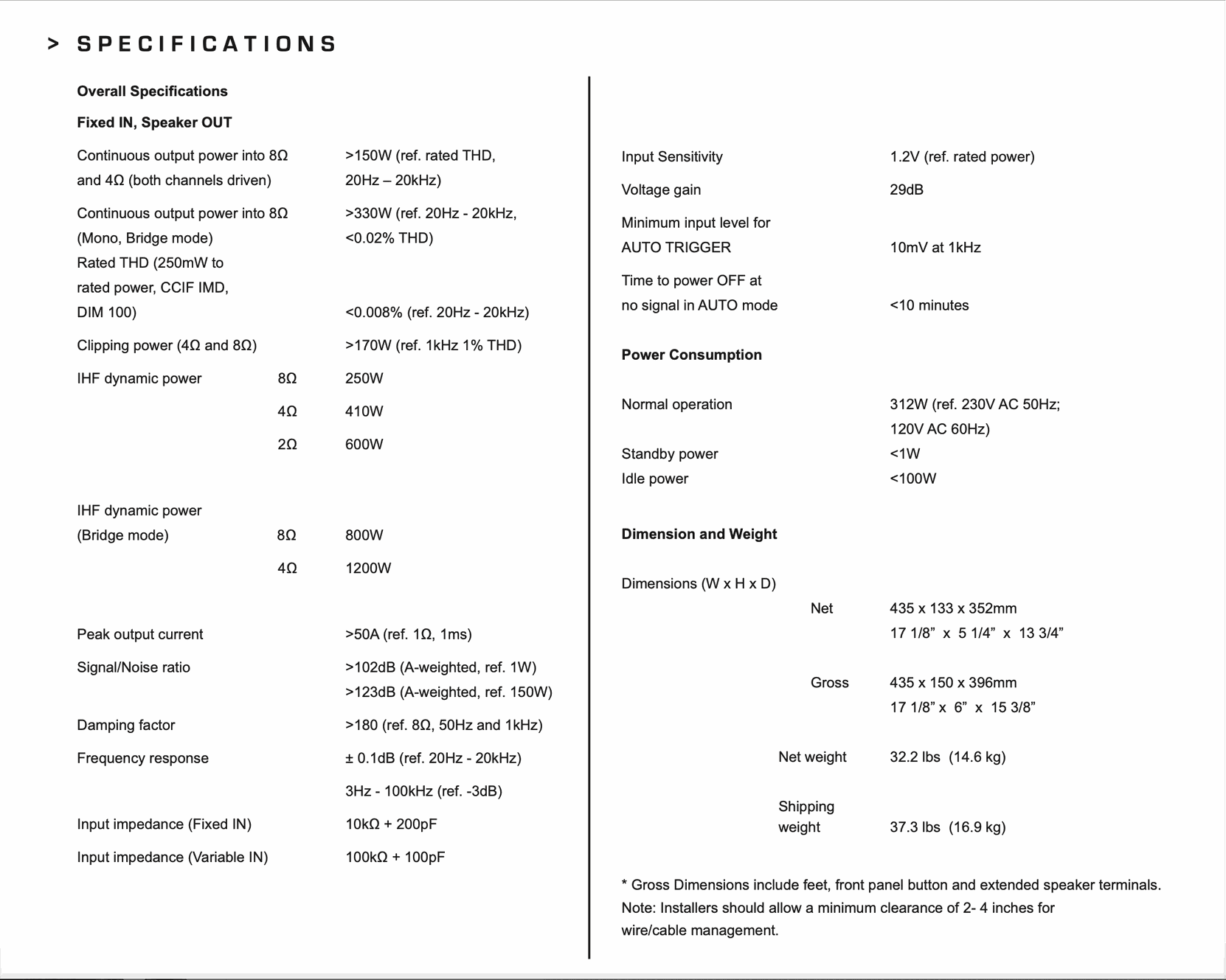 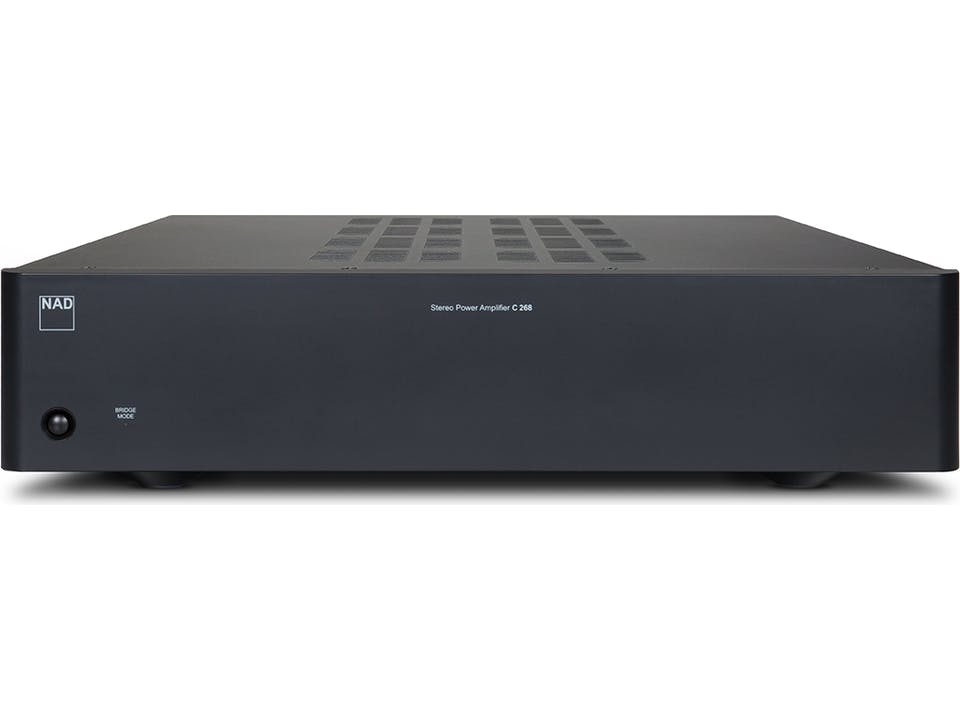